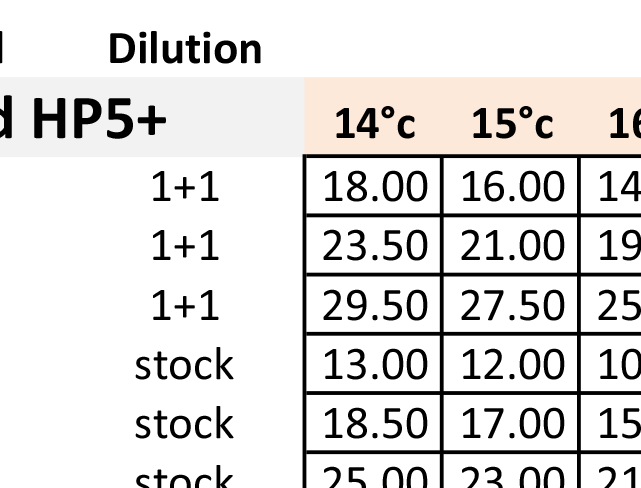 Adelaide has been struck by a particularly nippy winter, with a few sprinklings of snow being spotted, recorded, and promptly played in up in the Adelaide Hills.

It can be hard to convince yourself to go play in the dark when it’s a lovely sunny day outside, but winter comes with it’s own set of alchemic challenges as well. Here at the lab we’ve taken to standing particularly close to the print drier when it’s especially cold first thing the morning, but one of the most frustrating effects of the cold is how it bumps up your developing time from “a little bit of agitation exercise” to “aw man…really?”

Chemical reactions take place slower when it’s colder, and faster when it’s warmer, to put it simply. When we go to develop a roll of black and white film, we check the documentation and find out the recommended developing time is so and so minutes at 20 degrees centigrade. If your developer is warmer or colder than 20 degrees, you have to compensate for this.

Ilford publishes an exceedingly handy temperature compensation chart, which we have laminated and stuck to the wall, but you’ll note that it doesn’t go below 18 degrees. Below that, things get a bit more manual.

But wait! you say – why don’t you just warm up the developer? Water baths as a temperature control are a tried and true method when it comes to processing, commonly used when developing colour film. The reason we don’t use them at the lab for black and white is because they’re a big fuss to set up, involve a lot of waiting to get all of your chemistry up to temperature, and even then the temperature will drift slowly. Most of the time it’s much more logical to just spend another 10 minutes developing your film rather than half an hour setting up a water bath.

Well, someone had to develop a roll of FP4+ at 14 degrees today. Rather than continuing to subject people to a bunch of charts and tables, I figured it would be easier to condense all of this information down into something more user friendly. The attached chart lists developing times for all of the most commonly processed film at the lab in ID-11/D-76 Film Developer, which is what we provide, with temperature compensation times from 14 to 24 degrees. Because summer will be back eventually…right?

This handy-dandy chart is now stuck to the wall ready for you to use next time you swing by the lab. 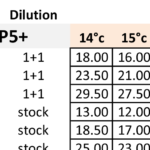