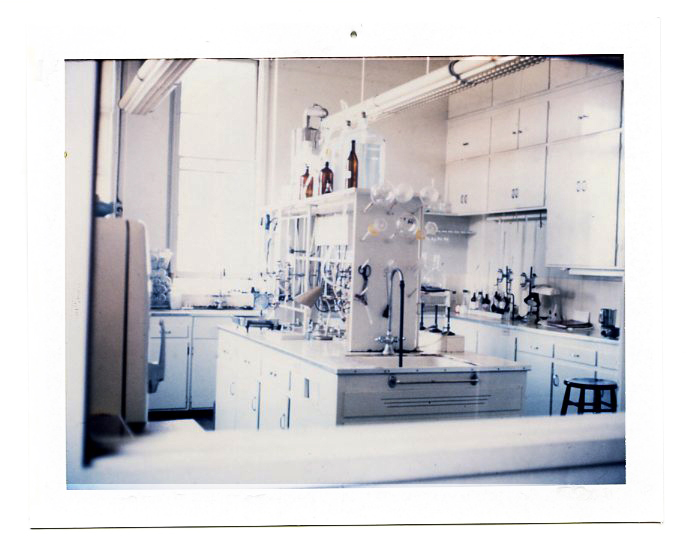 As I’m sure most of you already know – in February 2016 Fujifilm Japan announced that they would soon cease production of their amazing FP-100C peel-apart polaroid-compatible film. This was the last of the professional instant colour films available, and we’ve found it really hard to say goodbye. FP 100C was the backbone of one of our favourite workshops – Creative Polaroids. We estimate we’ve used more than 400 boxes of the stuff over the years, just for workshops – that’s 4,000+ instant photos. Sadly it looks like we won’t be able to offer that workshop for a while…

What do we mean, for a while?? Well, there are some glimmers of hope on the horizon that make us think that it’s just a matter of time before we’re “Polaroiding” our creative little hearts out. Multiple glimmers in fact!

Glimmer Number One is that there has been a considerably large plea from the instant film lovers of the world for FujiFilm to reconsider their decision – this petition on Change.org is quite close to achieving it’s target goal, which they hope will go a long way to reversing the decision. For FujiFilm profitability is the bottom line however, so it’s doubtful whether this petition will have much influence. It certainly can’t hurt.

An even more positive Glimmer Number Two comes through one of the founders of the Impossible Project – Florian Kaps – who revived the old Polaroid 600 type film. He reportedly met with FujiFilm in Japan to discuss saving packfilm. You can follow his progress at savepackfilm.net, where he openly discusses the journey, the conversations and the frustrating test of patience. His latest initiative to draw some attention to the issue is a combination instant film/ social media push – the idea is to shoot selfies using your last remaining sheets of FP100c, and share them online with the hashtag #wesavepackfilm. I’m unsure if this is going to have much pull either – I know I for one would rather use my last few sheets on something other than my ugly mug, but for the selfie-inclined this also really can’t hurt.

Glimmer Number Three is my favourite glimmer. It’s the outside chance glimmer. The ‘hey, where’d that come from?’ meteorite in the sky, shining like a beacon from the Camera Gods to let all us analogue film enthusiasts know that really, everything is going to be okay. It’s the New55 Glimmer. To explain this glimmer I’m going to need to give those of you who don’t know about New55 a smidge of background…
One of the casualties in the list of lost treasured film products is a Polaroid Pos/Neg film, marketed as Type 55. This wonderful product would let you shoot 4×5 film and give you an instant black and white positive print, as well as a negative. It was pretty magical stuff and it made learning how to use a large format camera really rewarding – it’s hard not to get excited about instant results – but Type55 went out of production in 2008.

In 2014 a group led by Bob Crowley launched a Kickstarter campaign to bring Type 55 back to life. 2475 people backed the New55 project to give the New55 team US$415,025 to get the project rolling (and we were one of them!) As it happens the New55 camp is located geographically close to the dudes at 20×24 Studio (which is where they still make 20×24″ polaroid colour instant film, and will let you shoot it on their 20×24″ cameras) and the two groups got plotting. So far one result of this collaboration is a 8×10″ black and white pos/neg film, (although there are no plans at present to make a commercially available product) and now they are talking about making a 4×5 instant peel-apart colour film! Huzzah! While it may not be a packfilm replacement for FP-100c, and it possibly won’t fit inside your trusty Land camera, it’s an exciting development that doesn’t rely on big corporation profitability and keeps the control of analogue film with film enthusiasts.

The Analogue Laboratory itself is a product of an outside chance and weird tenacity, so given the glimmers of hope we’ve shared, we’re cautiously optimistic about the future of instant photography. As analogue photographers, we’ve all been told with great certainty that this thing we do (hang out in a dark room with a red light on doing art science) will be a thing of the past any day now for so many years that now we just nod along politely, just as you do when you’re talking to your annoying aunt at Christmas time. We have a dozen Polaroid Land Cameras and we’ll be holding on to them for the day we run Creative Polaroids 2.0.

We may be optimists, but it seems we’re in great company.